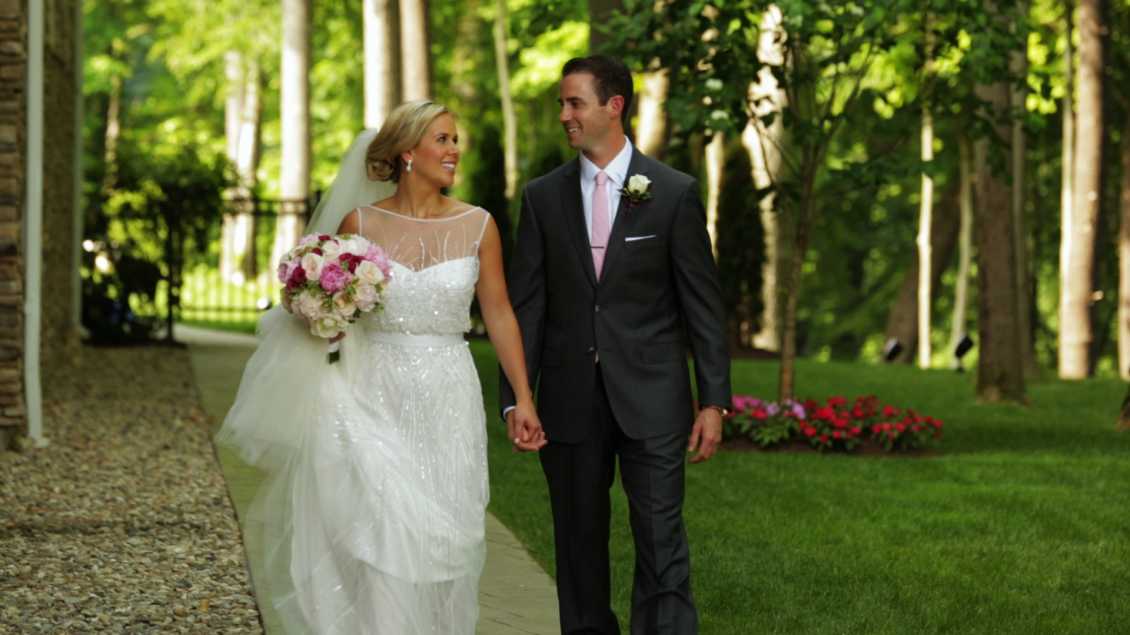 Our latest Boston Wedding Film was another Boston couple traveling back to the couple’s home area of Northern Connecticut and Western Massachusetts. We met Alyssa and Matt through one of our favorite couples, Liz and Jon. I actually covered Jon’s early baseball days while I worked at 22News, and then later coached against Matt and his best man CJ’s high school hockey team when I left the television business. The couple was engaged for almost a year and a half, after Matt proposed to Alyssa at a waterfront restaurant in Boston by having the ring delivered on a platter.

This was one of our few Friday weddings in 2015 and it was held all within a 1/2 mile radius of The Riverview in Simsbury, Connecticut. After preparations and a first look at the Simsbury Inn, the couple was married under a tent by the river at the Riverview. Alyssa + Matt could definitely pass as friends of ours as they used their favor to donate to the MSPCA, and Alyssa scored big points for the Bruins/Patriot inspired groom’s cake. Enjoy our latest Highlight Film…