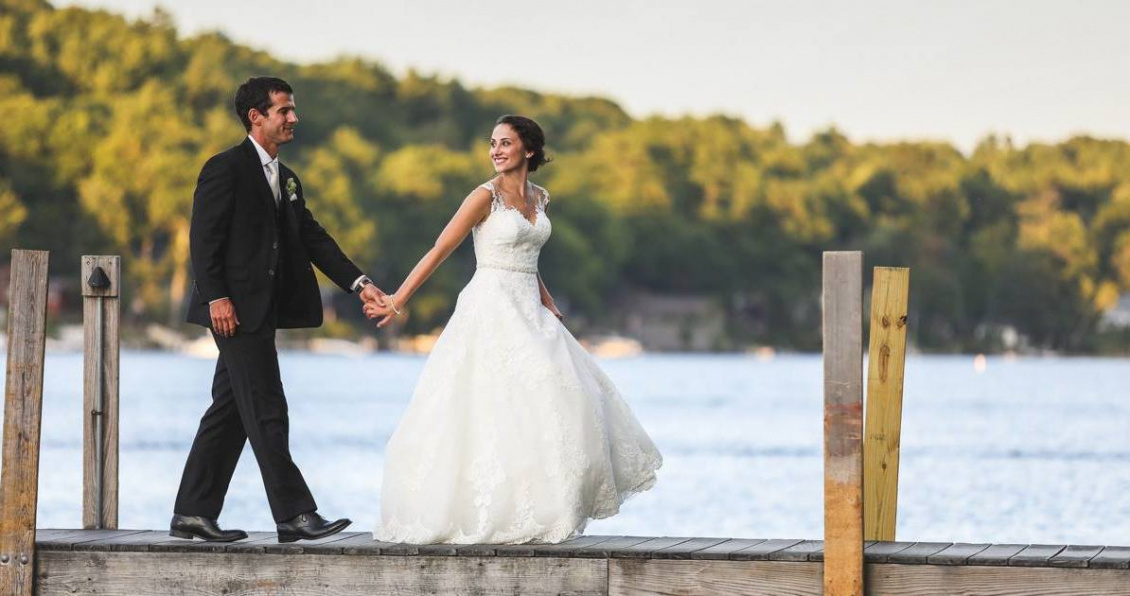 We met Breanna and Matt through their photographer, Matt Hinkley of Hinkley Photography. We first knew the were a great JPod Films couple when Breanna told us that she was going to school to become a veterinarian, and that they had two dogs who were going to be included in the wedding plans. Although the two resided in the midwest, our Skype conversations felt so warm, as if we had known each other for years. It was also the first of four straight Boston wedding films that we had on the water in September (four different states too).

It was the second straight year that we spent the second weekend in September at Church Landing in Meredith, New Hampshire. Breanna and Matt got ready on opposite ends of Church Landing and then met for the first time on the back lawn of the property. It was one of my favorite parts of the day, as Matthew’s mid-western charm really came through. After some fun pictures with their dogs Ruby and Khan, we headed to a beautiful open field next to Moulten Farm for a pre-wedding photo session. We really got creative here and even opened the film with this part of the day. The couple had a traditional church ceremony at St. Joseph’s Roman Catholic Church in Laconia before returning to Church Landing for the cocktail hour and reception. Some of the cool details include the Hoosier glass, tying in Indiana, used for the centerpieces as well as the Birch logs used throughout the reception decor.

We got to work with Matt and Liz Hinkley from Hinkley Photo (photo credit for picture above) for the second straight year in Meredith which was a blast, and we were also paired with one of our favorite bands in Honey Train. The day just had just a great vibe! Enjoy our latest Boston wedding film from the edge of Lake Winnipesaukee in New Hampshire.